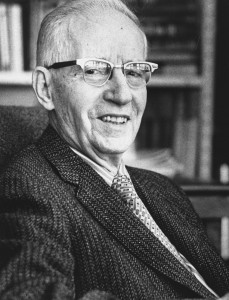 Leonard Riggleman (1894-1983) was a Methodist minister and educator in the American state of West Virginia. He took over the running of a struggling independent liberal arts college during the Great Depression and during 33 years as its president, transformed it into a secure, respected institution that later became the University of Charleston.

Riggleman came from a poor rural background, which valued hard work, service, and faith. These principles guided his life and his sharing of material wealth with others. His modest estate helped his descendants towards financial independence and increased their capacity to give greater amounts to causes he believed in.