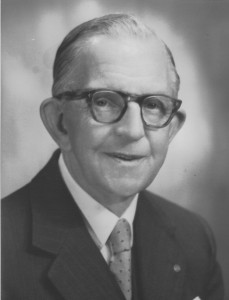 Allen G. Garrett (1888-1976) was a London-born metallurgical chemist who migrated to Sydney in 1915. He founded Garrett and Davidson Pty Limited (later Matthey Garrett), refiners and assayers of precious metals; bullion merchants; respected suppliers to the Australian Mint; and manufacturers of specialised products for numerous trades and professions.

From his youth,  Garrett believed in sharing a substantial part of his income in the support of good causes in the country he came to love and made his own. Following his death his son, John Garrett, maintained this charitable tradition by giving away funds derived from his estate, in his name, to a wide variety of institutions and causes he supported.